Boeing Business Jets is confident that its newly launched BBJ 777X will deliver significant sales in the Middle East, justifying the unveiling of the VVIP airliner variant at the MEBAA show.

"Our most exclusive customers want to travel with the best space and comfort, and fly directly to their destination," says Greg Laxton, head of Boeing Business Jets. "The BBJ 777X will be able to do this like no other airplane before it, redefining ultra-long-range VIP travel."

He says the company has been touting the aircraft to customers ahead of its formal launch at MEBAA and has received positive feedback.

"The Middle East traditionally accounts for over 52% of our widebody BBJ sales and there is no reason why that breakdown won't apply to the 777X," Laxton adds.

Boeing Business Jets director of marketing Alex Fecteau says the company will continue to offer VIP variants of the older 777s, although it currently has no orders for either model. "We have sold 13 [BBJ] 777s to date, nine of which have entered service and the remainder are in various stages of completion," he says. 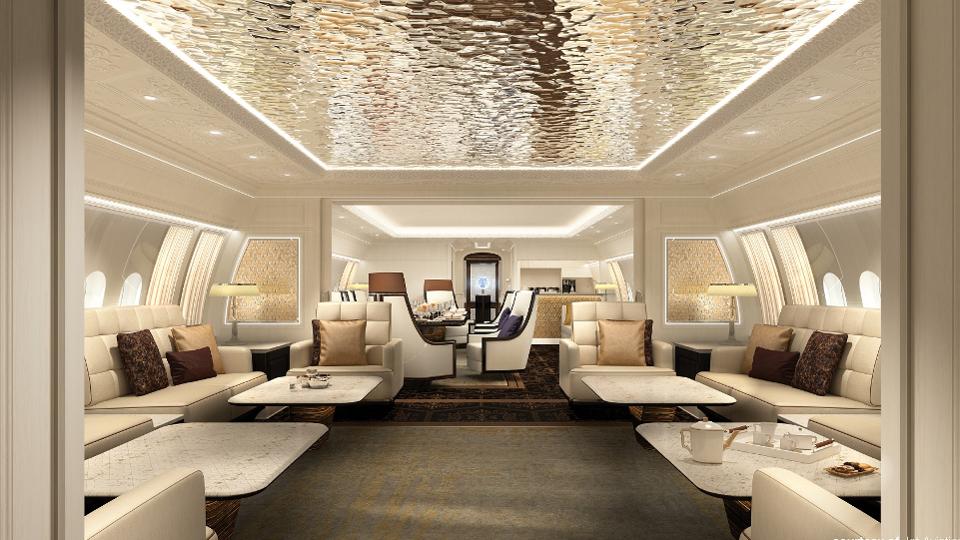 Wingspan has been increased by 7m (23ft) over the current 777, to 72m, with the last 3.5m of each wing able to fold to enable the twinjet to use the same airport infrastructure and taxiways as its predecessor.

The -9 will be the first to market, with Boeing earmarking initial green delivery slots in the first quarter of 2021.

Boeing displayed cabin concepts at the show from completion specialists Greenpoint Technologies, Jet Aviation, and Unique Aircraft Design, illustrating how the BBJ 777X "can be transformed to meet the tastes of any VIP customer", says Boeing.

The airframer also announced a new order at MEBAA for a BBJ Max, bringing to 21 the total orders for the business jet version of the re-engined narrowbody family: 14 Max 8s, three Max 9s and four Max 7s, says Fecteau.